The Distinguished Alumni Award is the highest alumni honor given at University Liggett School.

When selecting University Liggett School’s annual Distinguished Alumni, the criteria of “success” and “service” run neck and neck. And this year’s recipient, Lisa Black ‘77, is being honored for balancing these two priorities effortlessly.

“I was a member of a terrific class and combined with the teachers, coaches, and staff, I had a wonderful six years at ULS,” Black said. “ULS laid the groundwork for my success both personally and professionally.”

She earned an MBA from The Ross School of Business at The University of Michigan in May 1987, and graduated from Smith College in 1981 with an A.B. in Economics. 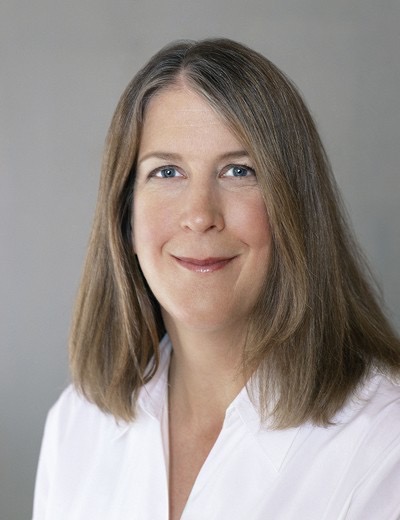 Black retired from Nuveen, a TIAA company, in March 2019, after a 32-year career at the firm. In her last role at Nuveen, she served as the Chief Investment Officer and Head of the Taxable Fixed Income Team from 2012-2019. In that position, she led a team of more than 90 investment professionals managing more than $235 billion of fixed-income assets.

According to Black, her relationships with key ULS faculty and staff laid the foundation for her success.

“My English teacher, Mrs. Welland, reviewed my application to Smith College and helped me improve my responses; she was a dedicated teacher. I also respected and learned a lot from Mr. Norris (algebra), Mrs. Remillet (history), Mr. Overton (science) and Ms. Ranke (biology). Miss Brock was influential from the standpoint of participating and competing at the varsity level in field hockey, tennis, and lacrosse.”

A wonderfully supportive alumna for decades, Black joined the University Liggett School Board of Trustees in 2009, and continues to serve as a member of the Investment Committee, which she chaired from 2010-2015. Black also served as Board Treasurer from 2012-2015.

And she poured her efforts into initiatives that she cared deeply about, including the 2015 fundraising initiative to name the field hockey and girls’ lacrosse field after legendary coach and former athletic director Muriel E. Brock, coach/faculty emerita.

“Most of my nonprofit work is focused on the educational institutions I attended,” Black said. “I’ve established an endowment to provide an entrée into an active, vibrant community for those who otherwise could not afford to attend ULS. My view is that it’s a way of giving back that pays it forward. There’s no doubt in my mind that my educational experience at the schools I attended were foundational in terms of helping me be successful.”

She also shares what excites her most about developments at the school today. “I think Bart Bronk is a terrific leader and a terrific communicator.  I’m impressed with how he connects with alums, and a lot of that is his gift for telling the story of what's going on in the school and bringing it to life for us.”

Each year, University Liggett School selects one outstanding graduate to receive this award as part of the school’s Alumni Weekend festivities, which will be held on Friday, May 13, and Saturday, May 14, 2022.

Founder and owner of the Buffalo Bills Ralph Wilson '36 DUS